Pull up a Chair 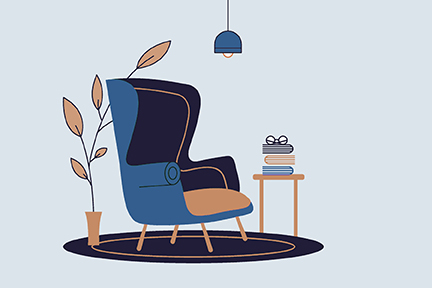 Whether it’s facing a crisp new journal, a stretch of highway in front of you with a new zip code awaiting, or simply a new unknown in your day, there’s something equal parts terrifying and exhilarating about embarking upon a new adventure. When that adventure is enrolling your student in theatre for the first time, it’s truly in a class all of its own. In theory, your son/daughter is the adventurer; In reality, you both are.

The first day of class is its own animal, can I get an “Amen?” Excitement crackles between what you can only assume are returning students who have been itching to begin since last semester’s final bows. A new extrovert might jump into the mix if they’re feeling bold. The wall is lined with wide-eyed first-timers and their parents. They simply watch the family reunion unfolding in the room as if it were some sort of dramatic people aquarium. Questions start swirling in minds: “What have we gotten ourselves into?” “Why are so many kids dancing and singing? My kid’s not even in a musical!” “This was either a really good idea or a reallyreallyreally bad one.”

Parent Orientation provides a delightful Sink or Swim start to the first day. Parents give one more reassuring nod to their children, and shuffle to a separate room, a quieter room. Have you ever noticed the sacred space where you know you stand on the precipice of something grand, but you haven’t the foggiest idea what’s next? Eyes connect during parent orientation. ”Are you new too?” That crackle of excitement from the students is contagious, and you pick up on a subtler version in this room. Perhaps Winnie the Pooh said it best: ‘’As soon as I saw you, I knew an adventure was about to happen.’’

Fast forward to final bows. You’ve been experiencing The Crackle all week long; The wide-eyes are replaced with teary ones; The awkward hush has been replaced by a swell of joy and pride and belonging; You now know it was a reallyreallyreally good idea, and they didn’t sink-they swam beautifully. The family reunion makes sense now, and you find yourself marking off the days until a new semester begins. Sue Fitzmaurice once said, “You must go on adventures to find out where you truly belong.” Well, we know we ultimately belong to the Lord, and His adventure is grandest of them all. However, sometimes He gives us an extra special extended family on earth. What began as tentative smiles at pick up and orientation gave way to shared struggles, celebrations, and thrilling adventures.

Put another leaf in the family dinner table. Grab another chipped plate. You are home.

Any cookies that may not be particularly necessary for the website to function and is used specifically to collect user personal data via analytics, ads, other embedded contents are termed as non-necessary cookies. It is mandatory to procure user consent prior to running these cookies on your website.